Domestic Violence in the Workplace 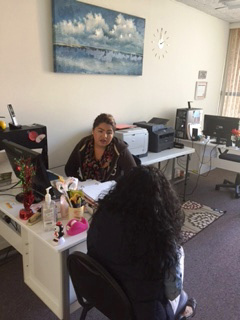 Is there an Employment and Workplace Action Plan and Policy Advocacy Project designed to address domestic violence within the Los Angeles County area?

Stop the hurting. Engage business leaders, owners, and managers in the intervention and prevention of domestic violence using several approaches:

• Development and dissemination of model policies for local business to adopt and implement in addressing issues of domestic violence in the workplace.

• Train managers, supervisors and individual employees to identify domestic violence.
• Establish a confidential means for employers to seek resources and referrals for themselves as well as staff.
• The incorporation of domestic violence intervention and prevention into employee training programs.

The Cost of Domestic Violence

Domestic violence doesn’t stay home when its victims go to work. It can follow them, resulting in violence in the workplace. Or it can spill over into the workplace when a woman is harassed by threatening phone calls, is absent because of injuries or is less productive because of extreme stress.

A study of domestic violence survivors found that 74 percent of employed battered women were harassed by their partner while they were at work.

(1.)Between 1993 and 1999 in the United States, an average of 1.7 million violent victimizations per year was committed against persons age twelve or over who were at work or on duty.
(2.) Homicide was the second leading cause of death on the job for women in 2000.iv
(3.) The annual cost of lost productivity due to domestic violence is an estimated as $727.8 million, with over 7.9 million paid workdays lost each year.x
(4.)The costs of intimate partner violence exceed $5.8 billion each year, $4.1 billion of which is for direct medical and mental health care services, xii much of which is paid for by the employer.